Thursday is holiday again. I am kinda liking this term. The more holidays there are, the better! So keep 'em coming! Waking up early in the morn is a pure torture. And it adds the torture even more when you see your house mate on the mattress just outside your door, snuggling comfortably. One word. Jelesi. I have changed my posting this week from Surgery to OBG. Weird I know. Nobody back home called it OBG. My sister surely can laugh her head off if she heard me talking "it's OBG here" because for sure she'll be asking "what is that? Korang memang kelakar. Budak grad india memang asek kena gelak.term korang tak kena langsung" and on and on.
I had seen ultrasound for the first time in real life and it is an exciting moment to watch one little creature inside moving its jaws up and down. Cute little things. I couldn't help smiling but trying to keep the straight face all the same. The mothers that I saw in the outpatient department were young. Even younger than me and having their first baby already but no offence, they looked much older than I am. Is it the height? No I doubt that.
So here's a feast for the eyes. If you wanna call it a feast, seeing the wonderful things in India. 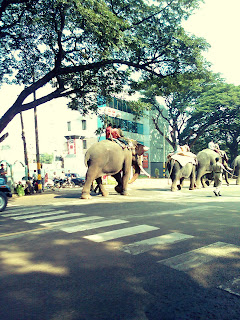 You have seen ponies and cows. Here's something extra. Gajah Ok? GAJAH ON THE ROAD! 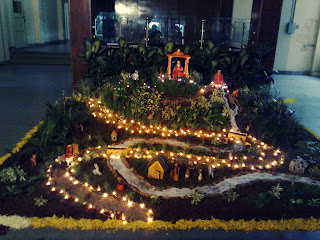 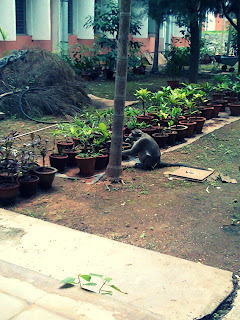 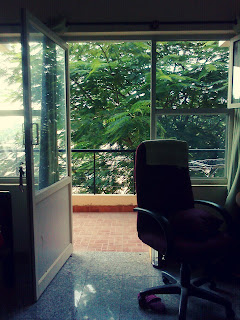 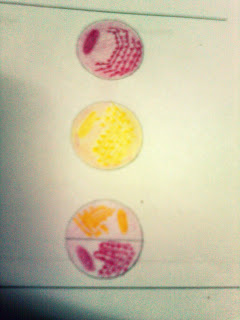 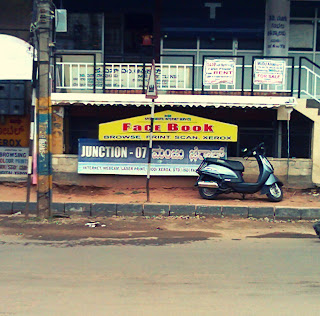 Our definition of Facebook. Korang ada ke?
Ok.Mysore that still make me feel in awe with India. What you see on the road is different everyday. It is just that we are too busy to observe the things around us because we have unnecessary things going on in our head. Kan? Jadi baby lagi bagus. I read somewhere that if you want to be happy try to feel amaze by something simple. Macam tengok bintang. or tengok bunga. And I believe it's true. =)
Now moving on to Hospital action!! Wehuuuu!! 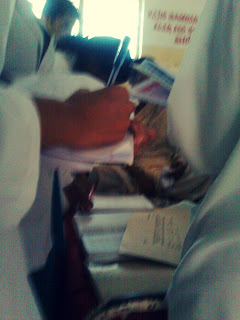 The final year students were busy taking case history. And I was busy snapping photos here and there. 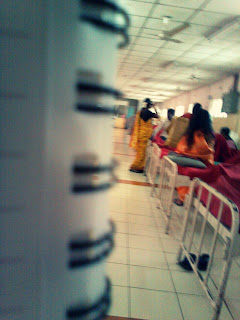 Well yeah. It need to be done secretly. Mana tau ada cikgu ke kat dalam tu. So I was hiding behind my notebook. Secretlah sangat kan? 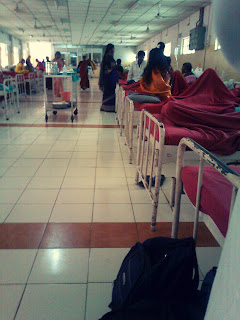 This is a female surgery ward. The floor is not that clean but what choice do we have? Kalau pen jatuh kena letak sanitizer. Tapi beg?? 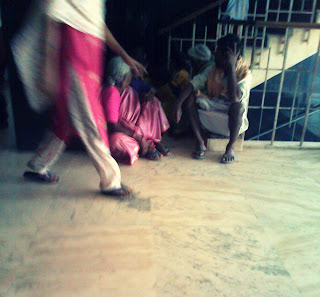 Lobby. Duduk bersila at the corner next to the stairs is a normal thing hey. 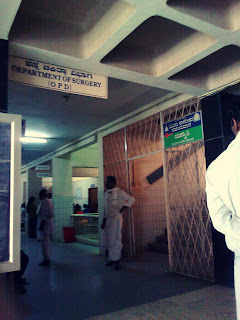 Outpatient Department. A bit boring because we had to stand for hours and even there were patients, I was not able to understand them. I have to learn Kannada.  A must. 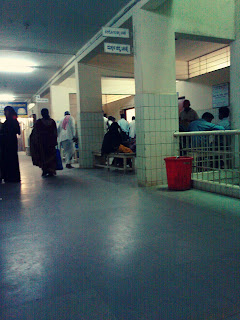 The same. with more people sitting around waiting for their turns. 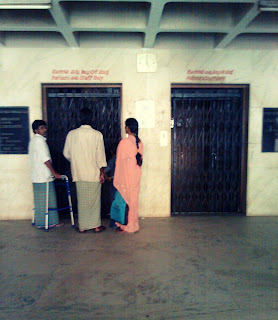 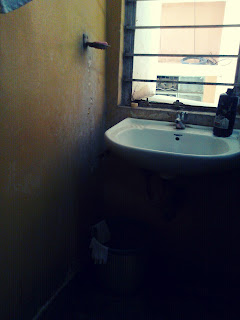 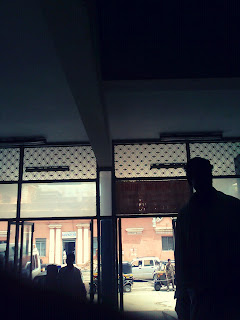 Lame attempt to snap unknowingly with crowds of people. Even standing in the middle of the lobby, cold stares were everywhere. 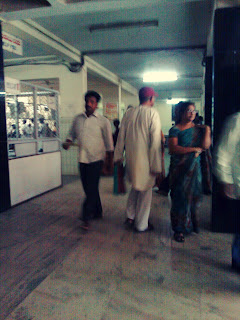 If you need blood transfusion, you need to pay for it. I mean, pay for the blood. Buy the blood. Nothing is free here madam. 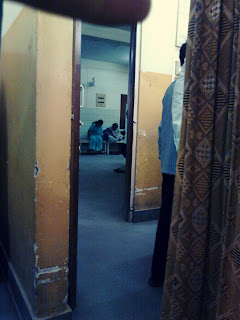 Secretly snapping behind the curtain. The other side was a room full of doctors and professors. I'll be dead if they caught me doing this during OPD.
I forgot to snap the male surgery wards. I am telling you the smell was unbearable sometimes and the sight was never pretty. Too many ulcer cases and scrotal swelling. Working here will be a good practice for your patience, so they say.
After watching these two bunnies, I miss my hamsters the late Radhu,  Karpet and their only two surviving boys who turned gay ( since Mummy didn't want to buy a female hamster anymore)
Ok peeps. I think that's all for now. Later I will snap the OBG wards and all. And around Mysore too. Mysore banyak Mat Sallehs lately. Datang untuk Yoga kot. Should I snap them too?
Babbled Nawa at 1:26:00 am