I should have written about this ages ago but I haven't got a chance to do it just simply because I am lazy.

as some of you knew that I got the chance to go to Korea last summer. Ecewah last summer kau. Yea, it was summer really in Korea and forever summer in Malaysia and summer-monsoon transition in India. I thought of  going for Eurotrip with Amijah but she couldn't make it.. what's with exam and getting married and all. You still owe me a trip missy. So, I headed to the opposite of Europe with my sister. My eldest sister who apparently managed to get so many days off.

We planned a 10 day trip to Korea beginning from 16 June till 26 June.

After 6 hour or so flight, we arrived at Incheon Airport about 10 or 11pm. Since we booked a flight with Jeju Air the next morning at 645am, we planned to spend overnight in Gimpo Airport.Little that we know that the airport was closed and will only open at 4-5 in the morning. Lucky we met another Malaysians having the same problem as ours. 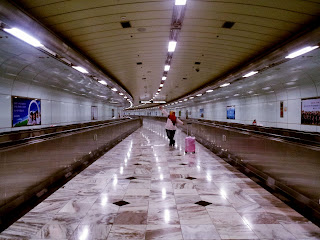 Probably at 1am in the morning. The place was deserted. We could not help to take pictures of ourselves.

The next day we headed to Jeju. We had problems understanding the map provided by our guesthouse, so we began asking around. One very nice ahjumma came and helped us although she had difficulty communicating too. She directed us to the police station and the policemen were very nice to drive us directly in front of the guesthouse. Yea, imagine being escorted by policemen to a guesthouse. They even opened the door for us as we couldn't open it from inside. Haha. 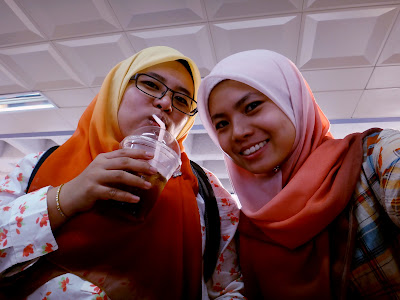 We even skipped our sleep. The only sleep we had that day was during the flight. We had to put up a night outside the airport and it was cold.

So, we put our bag.. oh by the way we stayed in Yeha Guesthouse. It was very lovely and cosy. I really do recommend it to anyone planning for a trip to Jeju and the staffs are very fluent in English.  Since we were not able to check in before 2pm, we decided to move around Jeju City and look for interesting places around the city.. 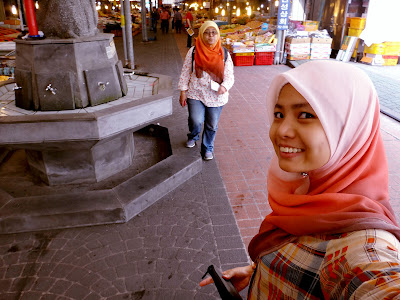 Some market in Jeju. and this was how we managed to take pictures with both our faces in them. 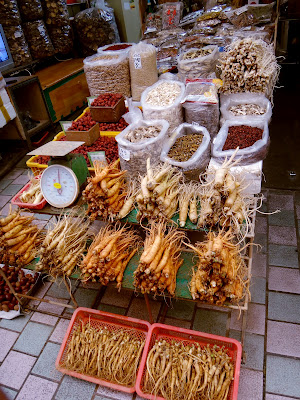 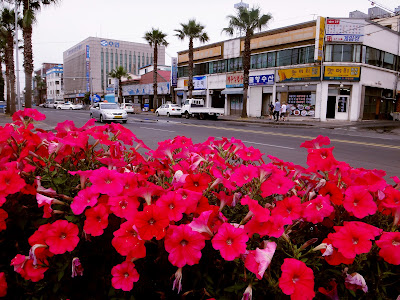 See how serene Jeju is.. 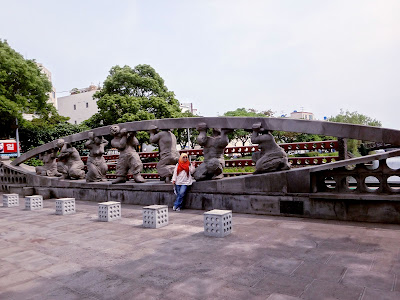 Doing what tourists should do. 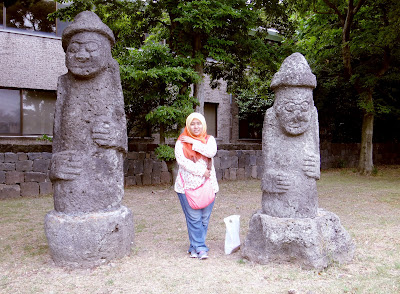 My sister and the dolharubangs. They resemble penis anyway. If you touch the ears, you'll get sons and touch the noses, you'll get daughters. We touched everywhere. Ok that sounds weird. 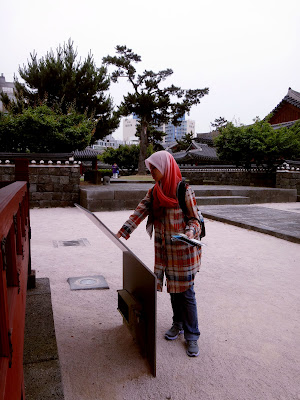 Some old buildings that used to be public offices but they were lovely and I just had to read all these explanations being put up. As long as it's in English. 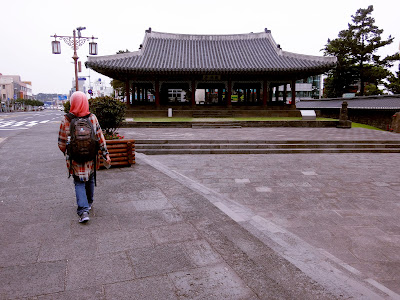 My sister was dragged by me to go around the city by foot.

That night, we booked two tickets for Nanta Show. It was awesooooooooooooooooome! Honestly it is cheaper to watch Nanta in Jeju than in Seoul but if extra money and time were there, prolly we will watch it for the second time since they have 10 different teams to perform. 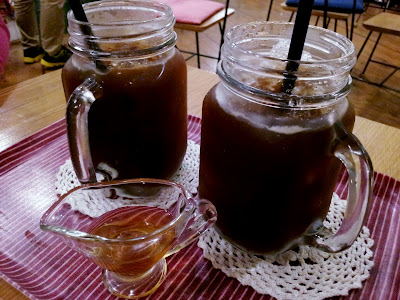 Post-Nanta. Coffee shops are abundant here. Not your normal coffee shops but those pretty cute and cozy cafes.

We took a 2 day trip with Yeha to tour around Jeju. First day was West Course. There were 15 us : Malaysians, Mongolians, Czechoslovakians, Australians, American travelling with this tour on that day. Jin, our tour guide was amazing and very funny too. 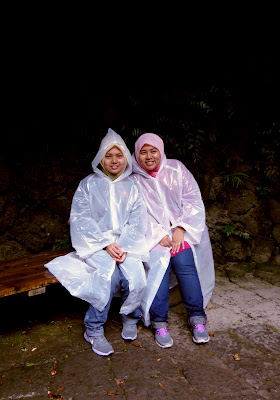 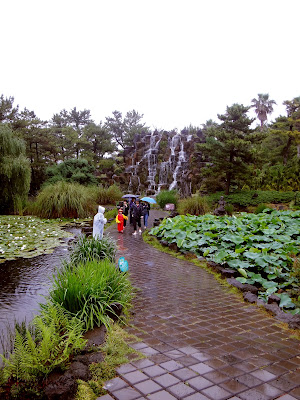 Hallim Park is gorgeous and very well maintained. I think all parks here are well taken care off. 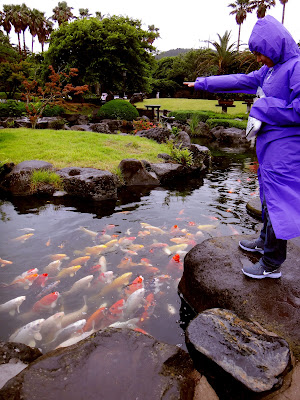 I feel like I am having some sort of supernatural powers. Call me Fish Whisperer and the fishes are my minions. 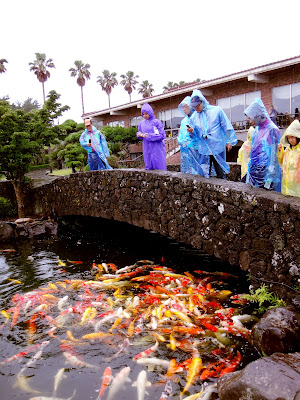 and also some kind of tribal leader. 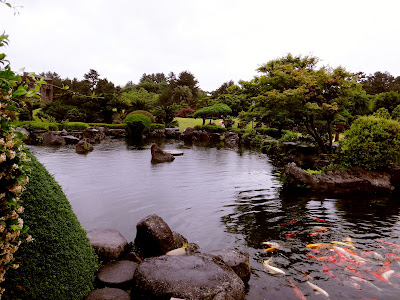 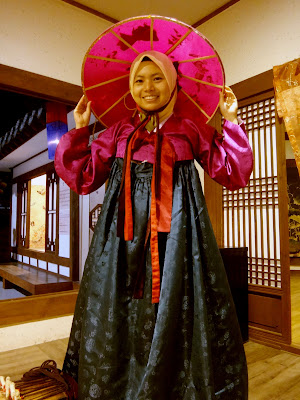 Well..you have to wear Hanbok once you've been to South Korea.  Locadio World is easily our place. Too many pictures here and all are vain pictures of us. 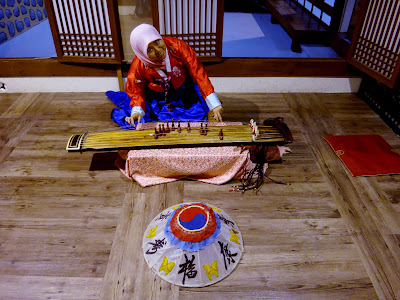 My sister the poser. 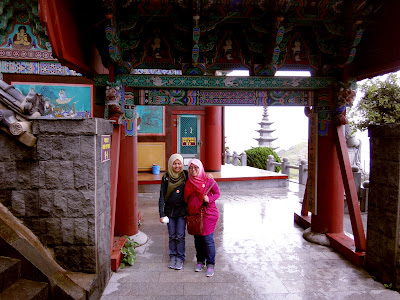 On our way up to Sanbang Mountain. 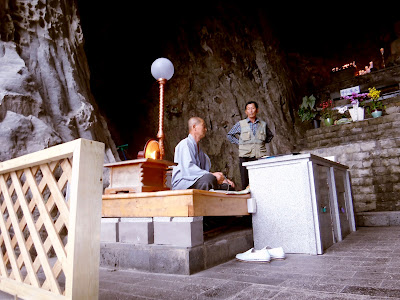 Hi, Uncle Monk. I made my way up to the top.

After praying so much for a bright and sunny day for our next day tour, Alhamdulillah, the weather was so very fine. It was a happy weather. Sunshine throughout the day but there were more people joining the tour ..about 45 of us were there and we were the only Malaysians that day. 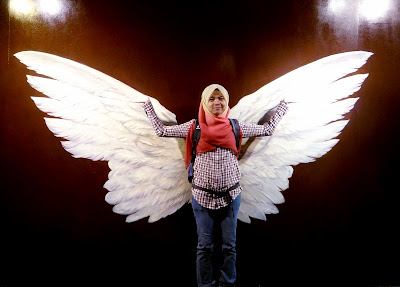 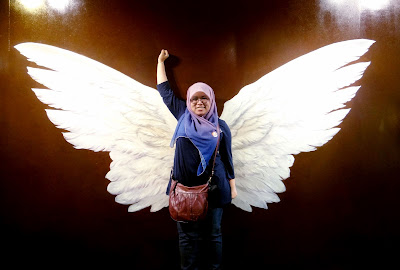 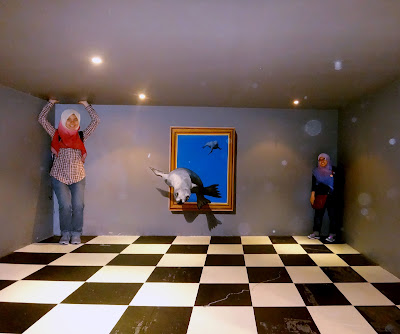 It was mad fun taking pictures in the Trick Art Museum. 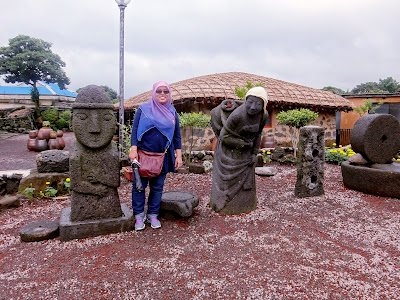 My sister and her obsession with dolharubang. We were in Seongeup Folk Village. The villagers are paid to stay here and maintain old lifestyle..and they eat black pork and dogs. and they have a communal bath..naked for both men and women. and it's normal. 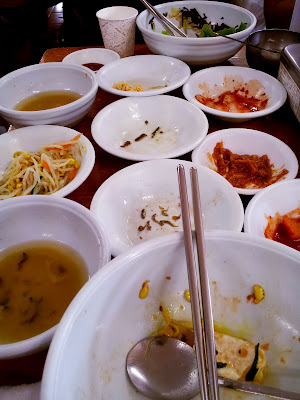 No before photo. We were hungry and we ate together with a Jewish couple. They seemed nice. Bibimbap also is nice. IMHO people exaggerate about Kimchi too much. 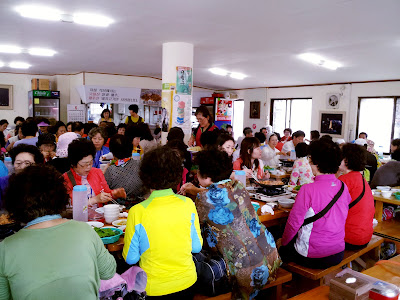 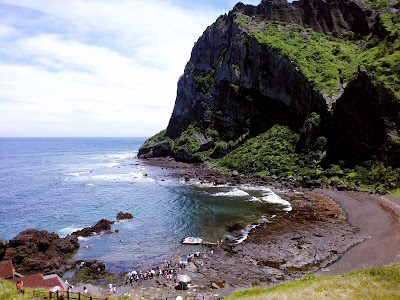 Sunrise peak. tiny people down there were watching women divers. The reason why women dive and men don't is apparently because it's a prettier sight to see when a woman dives. 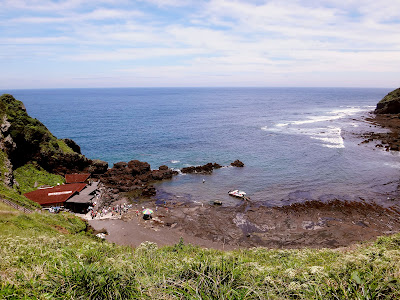 The breeze is so much different. You know how when you've been to the beach and the next thing you realize you were all sticky and salty..well, it didn't happen here. 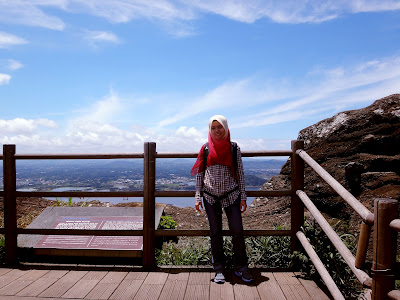 It's a proof I conquered this peak. It was tiring. Very tiring. 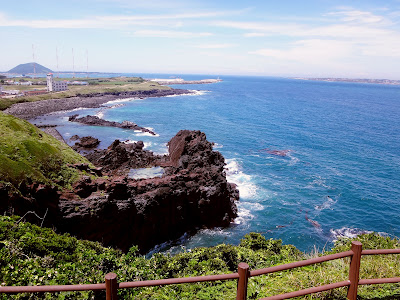 It must be nice to have a house next to this scene. Having tea with this view.

We head back to Gimpo the next day. I sat next to a tall guy with a military suit,I think he was in the National Service since he looked very young.. looking very macho and all.but afterwards he took out his cell phone and guess what, his phone cover was in bright shocking pink, an earphone plug was this cutesy doll and his ringtone. Omg his ringtone..it was just too cute for a guy. The wall of machoness was crumbling down at that moment. and I slept soundly for the next hour although there was a crowd of aunties fighting for places to sit and talking loudly in the flight.

All in all..I love Jeju so very much.