Life has been good so far. Makan cukup. Minum cukup. Tidur terlebih cukup. Studies are OK since well, no exam so far. After exam kita tengoklah nanti and why oh why the exams are going to be done at nights? Kacau tahu? and what are we supposed to wear? The formal baju kurung? Can I just wear my sleeping attire? Convenient I tell you. Plus it is just for an hour. Maybe it is a good thing since I will iron my Baju Kurung the night before and hence my early morning slumber will not be interrupted by my daily morning mantra before waking up , " Baju Kurung.. Iron the baju kurung.. Baju Kurung.. Iron the baju kurung." which of course been done silently.


Today, we have Futsal Tournament. And I, Nurnawwar Ramalan escaped gloriously from college. You can give me anything to join but please,I hate sports. Heck, aku join senamrobik apa? Penat aku cuba escape senamrobik dari tahun lepas lagi, korang tahu? Me and my sisters were not born for sports. My parents were both good at sports. Mom was a hockey player, a marathon lady, And a bunch of other sports. Dad was a football player and he played volleyball too. I guess the saying " Iman tak dapat diwarisi" can also be applied to " DNA kesukanan tak dapat diwarisi".

You know, baling selipar, that one I can join. Baling tin, kacang one you see. Galah panjang, me, an expert. But tali getah or getah tali or whatever, a traditional game which is supposedly any Malay girl must be good at, you can have me as an exeption. Volleyball, no, my hands are not strong enough. The ball definitely stucked at the net. Basketball, out of question. Badminton, can but my 8 year old brother said I have little skill. Chait. I guess I am looking for a game with low stamina requirement. I have short legs. Tapi Alhamdulillah.. Alhamdullillah.. kaki pendek banyak menyelamatkan keadaan. Bersyukur kepada Allah dengan kehadiran kaki pendek. Jika tiada kaki pendek ini, berjalan pun tidak mungkin. Apatah lagi berlari. Stop rambling, Nawa.

I did join a game once. And that was never a " YES, I AM IN! I WILL JOIN THAT ONE! THAT IS MY MOST FAVOURITE GAME. YOU CAN COUNT ON ME! VICTORY WILL BE OURS!!!!" Naaah.. I was forced. If you want to have a good testimonial which showed that you join everything in school, this must be done, Nawa. No excuse. Everyone will be doing the same regardless they are kaki bangku or not. And so, I chose Ping Pong or Table Tennis or whichever you think sounds nice. See, Ping Pong does not require much stamina or so I thought. You use your hand. You hit slowly, nicely to the opponent and tries to maintain the ball.. or so I thought. Thanks to my coach, Cik Faridatul Elham, a school representative for Ping Pong and won many games before, I won. I W-O-N. Nawa that spends most of her life under the roof avoiding the sun, won a ping ping tournament.*clap*clap* Heh. Ala.. tu pun tiga sekolah je yang ada kan. Keh keh. Most important thing was I had a certificate to say I did sports.


I never attend Sports Day in SHAMS for three years there but I took the food. Dah bayar kan? In SMAP Labu, I had to. Of course, where to run? I did not join anything. I was in charge with explaining the decorations of our House. We claimed victory for House Decorations and I was a like a proud mom. Oh yeah, I hate marching, another thing. Do not make me into marching. I do not know why. I will definitely try to avoid that one too which I dread with this upcoming sports festival. Who in their right mind starts this Sports Day that must have a marching event?

Hey, I love to watch but I do not like to join.

Sorry to everyone in class for my escapade. From the bottom of my heart, I know others are more capable than me. Cheers to them! 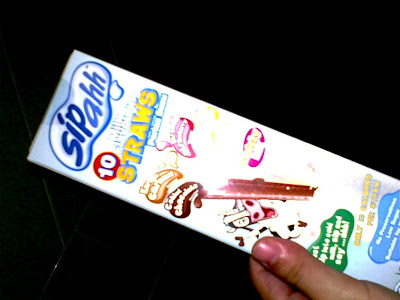 p/s: Dey rumet. Award ko tamo bagi. Tag ko bagi. Ceh ceh. Nanti esok-esok aku buat.
p/p/s: I think that I need to remove labels because I do not know anymore how to label my posts.
Babbled Nawa at 3:39:00 pm