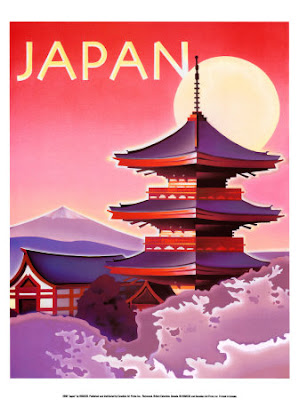 Last year,about this month i was offered to go to Japan by Antarabudaya(AFS) Malaysia.It was a student exchange programme.I saw an ad at the Star and i went to here. Dwnloaded all the application forms and sent them.few months later when i was at school, a teacher called me and said that i had to get ready for tomorrow as there was an interview for this AFS.Okay..

I went there.Being interviewed by 2 very nice uncles..more like fathers to me than interviewers..i thought i didn't get it.i dont mind though.then a letter came saying i was being shortlisted to go to Japan.YAY!!Again I had to fill up forms,composing essay,and so on.

when i was on the way home with Ayah from school,he said if we didnt get something we want regardless how the effort we put,we must not give up as there are always something better waiting for us.Then he said it.I got the offer. but it was at the time they were going for their hajj.so problem settled then.they go for their hajj and i go for my afs.NOT..

I had to take care of my little brother.The AFS called again saying that what if they offered me to go to vietnam if iam not mistaken?No..again.as my parents were not coming back yet.SO,tata to the scholarship..tata to japan..tata to vietnam.

I dont mind .although actually there was a small dissapointment in me not being able to go there. I stayed. I took care of my little brother along with my Angah. I learnt a few things at home. It's just that, sometimes we have to sacrifice for our loved ones. We never liked the idea of staying with someone else . So it would be better if the three of us stay together ,doing whatever we want than being stucked at someone else home doing nothing.

well, probably there's a blessing in disguise for me not going to Japan.Who knows?